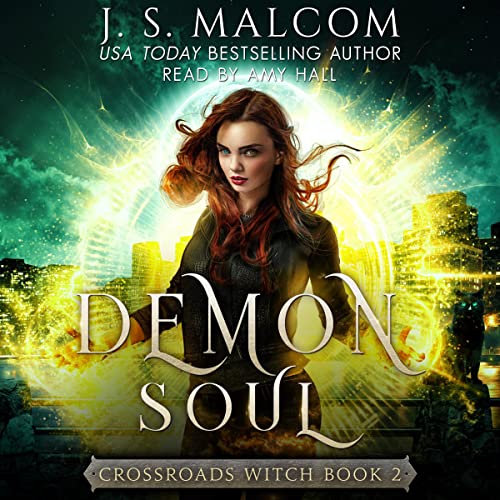 One chance. That's all I’ll have. Along with a choice I can't possibly make.

In just a few weeks, I’ve gone from living in a psychiatric hospital, to learning I have magic, to joining a secret society of witches. I've also had to come to terms with both what I am and where I came from. Half demon, half witch, born in the demon real - a magical mutation created for sacrificial purposes. It's so nice knowing that the woman who raised me only did so because she was planning to spill my blood on her sacrificial altar. So, yeah. No wonder I went crazy.

Since joining the ranks of the Shadow Order, I’ve made friends and enemies. I also fell in love with a kind and sexy guy named Kai. Now, that love has been stolen from me by the same monsters that want to steal my magic. With the clock ticking down on what’s left of Kai’s life, I need to come up with a solution fast. So far, I've got nothing. Meanwhile, werewolves and vampires are turning up dead, seemingly at the hands of witches. Not surprisingly, those other tribes are calling out for blood. Like that’s not enough, witches are being exposed and threatened by a new group calling themselves the Hunters. And what do they want, exactly? Just the eradication of our kind entirely. Then there's the deal I make with a Fae goddess, which at first looks like it might provide me with what I need to defeat my enemies. Instead, it leaves me facing an impossible choice. I'll have to either leave Kai to his fate or doom everyone else.

Crossroads Witch is a fast-paced, unpredictable new urban fantasy series! If you like snarky kickass heroines, fast-paced action, magic, witchcraft and romance, then get it today!