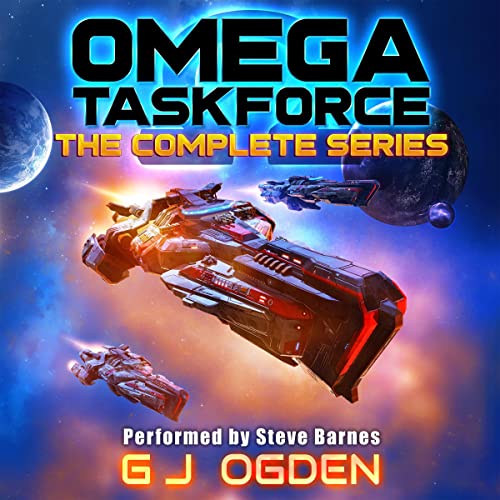 The complete six-book series as one bundle. More than 44 hours of enthralling sci-fi action.

A brutal alien enemy. A black-ops taskforce, operating outside the rules of war.

The Sa’Nerra were close to defeat, then everything changed. Armed with a neural weapon, the brutal alien warriors turned Fleet crew against their own. Entire warships went rogue. Suspicion and fear ran riot. Surrender seemed like the only option.

But Lucas Sterling knows that in the fight against the Sa’Nerra there is only victory or death. As a black-ops Omega captain, Sterling was selected for his coldhearted ability to do whatever it takes to win, no matter the personal cost. He knows that the only way to beat the Sa’Nerra is to fight like they do–without emotion, without boundaries, and without mercy.

Unburdened by the rules of war, the Omega Taskforce are humanity’s only hope against a seemingly unconquerable foe. The fate of humanity rests in the hands of Captain Sterling and the Omega officers of the warship Invictus. But when anyone could be the enemy, who can Sterling really trust?