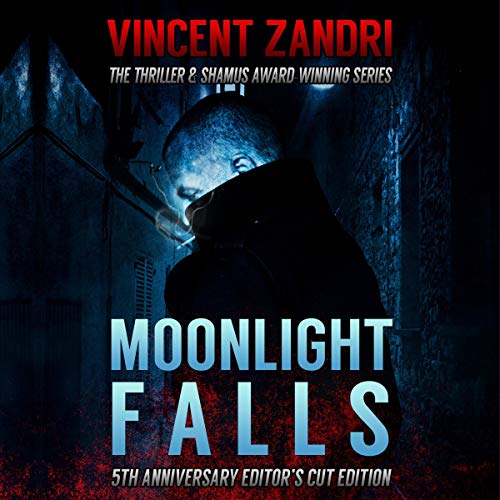 Did Moonlight murder his own lover? Or has he been set up to take a fall of biblical proportions?

Some years ago, Moonlight Falls, the first novel in what would become the 2015 Thriller Award- and Shamus Award-winning best-selling hard-boiled detective series was first introduced to the world. Since then, seven Dick Moonlight noir private detective novels have been released to great acclaim. But now, for the first time ever, a longer, grittier, sexier, more dangerous, more romantic version of the original pilot episode is available. It represents the author's original dark vision and the desperate, if not paranoid state of mind he was in when writing it.

In Moonlight Falls, best-selling author Vincent Zandri asks the question, "If you knew your life could end at any moment, how far would you go to prove you murdered your lover? " Albany, New York, is the dark setting of this paranoid thriller about Richard "Dick" Moonlight, former APD detective turned private investigator, who believes he killed Scarlet Montana - his illicit lover and wife of his ex-boss, Chief of Detectives Jake Montana. Problem is, despite the blood on his hands, Moonlight doesn't remember what happened!