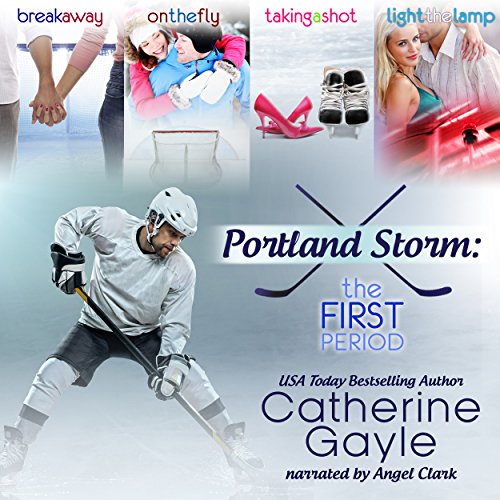 She's reaching for a breakaway pass.

Dana Campbell has spent the past seven years in self-imposed isolation for a crime she didn't commit. The danger is well in the past, but her panic attacks make it impossible to have a normal, healthy relationship with a man. Even her counselor has given up on her. She has to find someone she trusts to help her fight through the panic, or her seven-year ordeal will become a lifetime sentence. There's only one man she feels safe enough to ask.

Injury after injury has put Brenden Campbell's NHL career on hold for years. Now he's playing for the Portland Storm and determined to make it stick. Few things in life drive him more than being told he can't have something he wants, and what he wants most is to prove he belongs. Brenden also wants Rachel Shaw, the cute, little redhead who just got hired as the general manager's new assistant. But then she went and made herself off-limits, telling him: "I don't date." Those three words pretty much guarantee that he'll do everything he can to change her mind.

Katie Weber has had a crush on Jamie Babcock for almost two years, since he joined her father's pro hockey team, the Portland Storm, as an 18-year-old rookie. When cancer takes her health, her hair, and even her friends, she can't bear to go to senior prom...until Jamie intervenes.

Life's been rough lately for Noelle Payne, but she's not one to let negativity rule. So, she lost her job? She'll find another one. The bank foreclosed on the house? Well, she can live out of her car for a while. There's always an upside to be found...but now Noelle needs to find something to give her life meaning. She owes it to the universe to figure it out, too, because a stranger just saved her life.