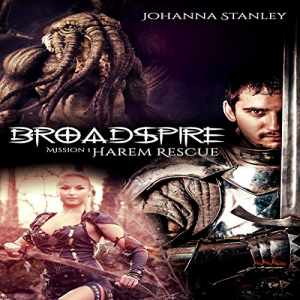 Life could have been better for Dustin, a convenience store employee with nothing to look forward to but double shifts at work to help support his alcoholic mother. However, they were about to get much worse. After a store robbery left him paralyzed from the waist down, the precious few things in life he had to enjoy were taken from him.

Enter Broadspire, a new virtual fantasy MMORPG. With the most realistic graphics and monster battles found in any RPG, it’s the hottest thing on the market. However, it also happens to be the most expensive. Given his current financial situation, money isn’t something he has much of.

Dustin could only dream of entering such a world of excitement and adventure until his brother shows up to his hospital room with a virtual suit and a copy of the game! However, there’s a catch. Their uncle, a shady software and virtual reality pirate, gave Devon the game with the expectation of a few “favors” in return.

Weird avatars, strange creatures, exciting battles, exotic women, and a mysterious quest all await Devon in this strange new world of Broadspire, where all your fantasies come to life.

Warning: This book contains some very spicy storytelling. If you like your GameLit pure and clean, this isn't the story for you.