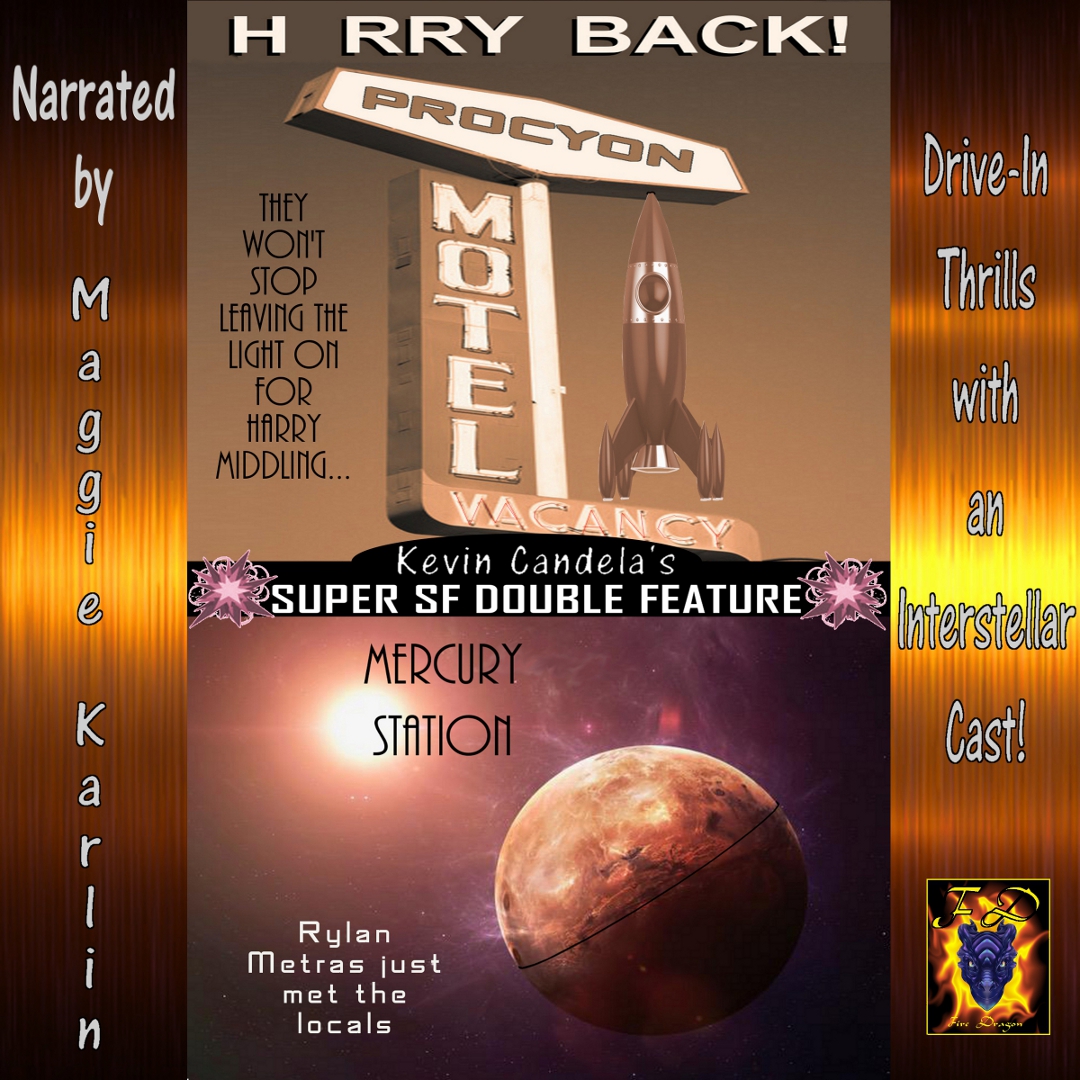 In H rry Back! a man named Harry Middling and his fellow travelers stay overnight in a very strange, in fact almost impossible little '50s-style motel in the middle of nowhere, where everything is straight out of the past and - somehow - your complimentary dinner meal is literally whatever you can think of to request. The stay is particularly memorable for Harry, but the Motel Procyon is more than simply a memory to him: A couple of months later he finds himself passing it again...because it's moved a lot closer to his hometown, seemingly by magic!

And in Mercury Station, the second feature, young tech surveyor Rylan Metras finds herself confronting something equally astounding: a suit-less figure standing on the airless, blistering surface of Mercury. Soon she and her fellow colonist-miners learn that there's been life on Mercury all along, as it exists within and moves through the seemingly lifeless and barren land itself. But it's not retaliation for human intrusion and conquest that brings the natives to the point of establishing contact with the invading Earthlings - it's the threat of imminent demise for both species. Something is coming...something that devours energy...and therefore souls or spirits, both human and alien, as well. With oblivion rising rapidly and spreading across Mercury's dark side, will the many thousands of inhabitants of Twilight Base fall prey to a planet-defending horror from the planet's very core?