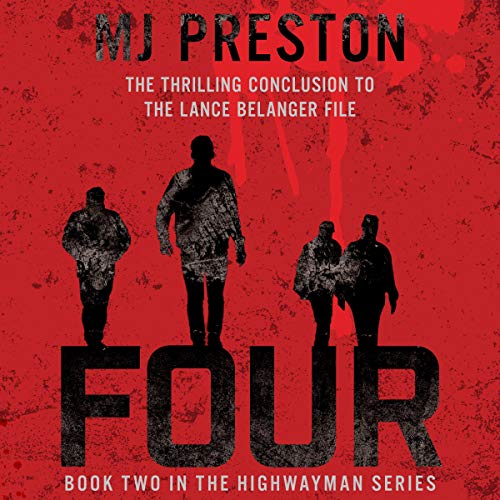 "The highwayman brought his hand up and ran his fingers through the beard. 'Where do we go from here?' he asked the Bundy-ish reflection. Sooner or later, the monster would have to be fed."

Having abstained from killing for almost a year, the Highwayman is coming unglued.

Unsure if the FBI is watching, Lance Belanger spends his days and nights in a paranoid malaise, longing to kill again. Meanwhile, in Bucharest, Romania, an Interpol raid leads to clues and a witness who can identify the Highwayman. Armed with new evidence, newly promoted SAC FBI Agent, Dave Maxwell heads for Bucharest, as his team of investigators redeploys their investigation on their original suspect, Lance Belanger. It would appear, the net is closing.

But the Highwayman has other ideas.

Just after dusk, outside of Pittsburgh, four strangers exit a service van and perpetrate the mass murder of four families in their suburban homes. It doesn’t take long for the FBI to connect the killings to Highwayman, and when they raid Belanger’s properties, they are left a parting gift.

Another murder and a message for Maxwell from the Highwayman himself.

Come and find me!

The killing ramps up. Maxwell leads a posse of investigators across two states, north to Canada to try and thwart the Highwayman in his endgame, that involves kidnapping, mass murder, and betrayal.

The predator is now the prey.

But can they stop him before he disappears for good?