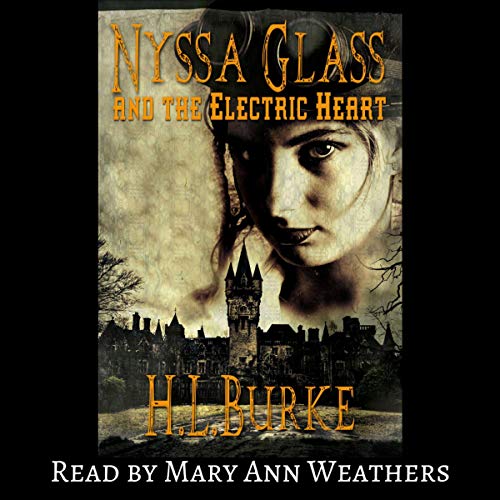 Nyssa Glass and the Electric Heart

Reformed cat burglar Nyssa Glass and her boyfriend, inventor Ellis Dalhart, are ready to settle into happily ever after. However, fate throws another wrench in the clockwork, forcing them apart and leaving Nyssa fighting for her life and freedom once more.

Shanghaied from her island sanctuary, Nyssa finds herself in the clutches of the mastermind who framed her for murder: the wealthy and powerful Marcus Rivera. Rivera wants something from Nyssa, something she can't give, something she swears she destroyed in her first trip into the tomb-like Dalhart Manor. Now she's forced to return to the death trap of a mansion. And this time Rivera is watching her every move.

Back in San Azula, Ellis scrambles to find out what has happened to the love of his life. Desperate to get her back, he must make an unlikely alliance with a police detective who wants nothing more than to see Nyssa hanged. But will he get to Nyssa before it is too late or will his attempts to save her make him Rivera's next target?