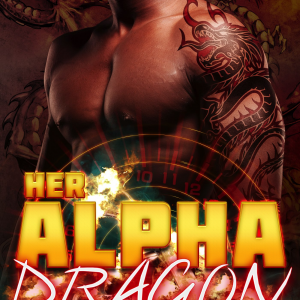 Attention listeners: This is a sexy, short novella. Bite sized for your listening pleasure.

The exciting conclusion of the Her Biker Dragon series!

The badass dragon shifters of the Iron Claws motorcycle club will risk everything for the people they love. Cast out from their dragon clans, they must use their cunning and strength to defy the laws of their people and stay one step ahead of those determined to keep life-saving cures out of the hands of humans.

Big Joe Silver is the Alpha of the Iron Claws and a man with a secret. When Joe's past catches up with him, he is forced to face the decisions he thought he outran long ago. Joe would do anything to protect his family, the Iron Claws, from the Dragon High Council's constant attacks, but their final strike may be too much for him to bear. Will the mistakes of his past drive him away from the Iron Claws and his forbidden love, Emma?

Emma Hernandez is the badass ex-military strategist of the Iron Claws who's been in love with Joe since the day they met. She knows she can never be with him, but that doesn't stop her from being by his side every step of the way. When Joe's past roars back into their world, Emma finds herself pushed away from Joe and the Iron Claws. But everything may not be what it seems. Forced to put everything on the line, can Emma save her club and her man from the Council's greatest threat?

The exciting conclusion in the Iron Claws series features cabin mischief, tempting dreams, and a love that will last until the end.