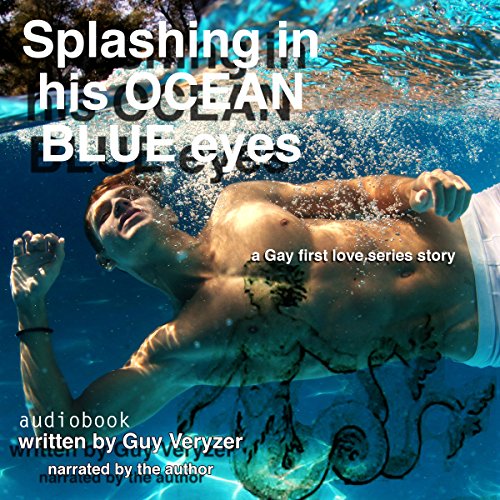 Splashing in his Ocean Blue Eyes

And it wasn't at all what I expected.

I am officially no longer a virgin, I think....

I don't know what I expected exactly.

But doing it...was, in fact, kind of like a close encounter of the third kind, or maybe, the fourth kind...if there is such a thing. I now know for a fact that there is!

How do I know?

Well, there I was in the pool getting it on with this cute guy. Now a random guy, my new friend Jeff who is a really cute, hot guy! (At least that's what I thought.)

We were making out and I'm stroking his ass and it feels, well you know, but then, it felt different, it felt like not skin but like...I don't know what.

I open my eyes and look down, and I swear to god, he had a fish's tail!

Jeff had turned into a merman or something! Like that sea god Neptune, only he didn't have the big fork, but he did still have a big you know what! I mean it didn't fall off, it's just that instead of legs he was scaly and finny.

It sounds kind of gross, but it was very smooth and slick and he was still firm and hot, and it was really hard to just stop what we were doing.

So it wasn't until afterwards that I asked him, "Like what exactly was the deal?" I said, "It's not that that wasn't great and everything, and it's not that I might even be in love with you; but you kinda changed in the middle of the whole thing, so what is the story?"

Jeff smiled. He has the most dazzling and hypnotic smile.

He looked at me his ocean blue eyes, and he kissed me again. Then he swam around for a while making big waves splash over me with his big green tail!