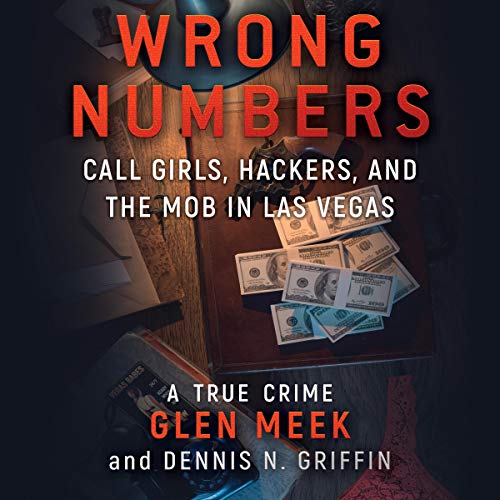 "Wrong Numbers is an intriguing and well-researched crime story detailing the intersection of big money and quick sex in the city that contains a lot of both." (Jack Sheehan, author of Skin City)

The FBI wanted to know, and so did associates of a New York Mafia family. In one of the most unusual undercover operations ever, the FBI had an agent acting as a manager in a real Las Vegas escort service. Federal agents expected to find prostitution and drugs in the Las Vegas escort industry. What their investigation uncovered was even more serious.

"Wiseguys and wannabes are on the hunt for a shadowy hacker who may hold the keys to control of Las Vegas’ multi-million dollar call girl racket, while FBI agents are hunting them. The result is a gripping true-life crime story that reads like a collaboration between Elmore Leonard and Williams Gibson told with the knowing savvy of two longtime chroniclers of Sin City’s hidden underbelly." (Kevin Poulsen, author of KINGPIN: How One Hacker Took Over the Billion-Dollar Cybercrime Underground)

"In ’90s Vegas, call girls worked for “entertainment” services that were little more than phone numbers, dispatchers, and drop safes. When a mystery hacker started diverting customer’s calls to one service’s number, it launched a series of dangerous events that involved the Mob, feds, hackers, service owners, and the phone system itself. This slice of Sin City history is as little-known as it is thrilling, and it’s well-told by investigative journalist Glen Meek and crime writer Dennis Griffin." (Deke Castleman, author of Whale Hunt in the Desert: Secrets of a Vegas Superhost)