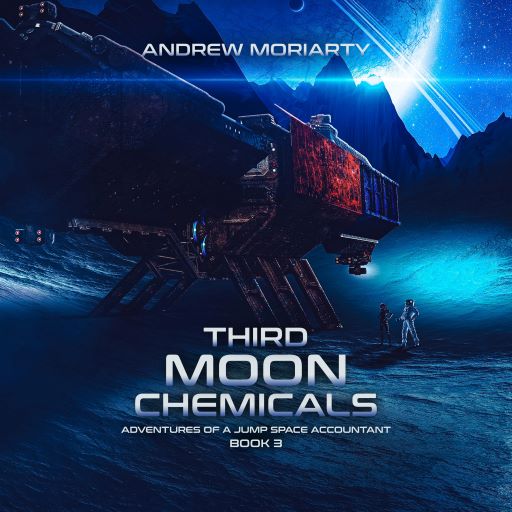 Jakes back. He's older, wiser, and better dressed. He's going to be the coolest spy ever, then he fails his pilot exam. Disgraced, Dashi sends him out hunting missing food shipments. It's boring, but Nadine's shadowing him. Is it to find out what he knows, or just to snoop on that slinky redhead free trader pilot he took to dinner?

Why is so much food missing? How does it disappear so completely? And why does Nadine care? His new free trader friend is travelling some sketchy routes. Is he watching her, or is she watching him? Dashi's far away, Nadine's unreliable, and his new free trader kind-of-girlfriend might be a pirate. He can only trust himself - how will he get out of this mess?

Like less shooting and more thinking? If you like strategy over tactics, and thought before action, The Adventures of a Jump Space accountant series is for you.