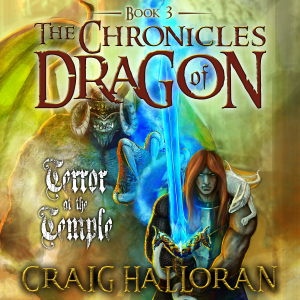 COD 3 - TERROR AND THE TEMPLE

The Hunt For Nath Dragon

While Nath Dragon continues his quest to overcome evils both outside and within himself, the Clerics of Barnabus are hunting him down. High Priestess Selene wants him, but even Finnius does not know why.

??? Even His Friends Cannot Find Him
Brenwar Bolderguild begins his search of Nalzambor to find Nath, who has escaped his supervision. Nath’s father had warned Brenwar not to lose Nath because losing Nath to evil will trigger the next Dragon War.

??? The World Is Changing
Meanwhile someone has taken over in Quinley, and elves have appeared in Quintucklen. Things are getting out of hand fast and Nath is nowhere to be found. Has evil finally prevailed?