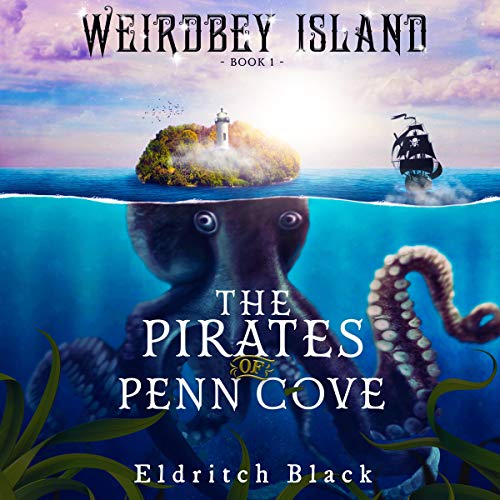 The Pirates of Penn Cove

A lost pirate’s treasure. A mysterious secret society. A summer adventure like no other.

Dylan Wylde’s no stranger to fear. His brother’s a bully, his only friends are halfway across the country, and now’s he’s been forced to move to Whidbey Island, or Weirdbey Island as it’s called by those in the know.

Soon, Dylan finds himself having to confront his deepest fears as he uncovers a hidden society with a nightmarish secret. Throw in a monstrous sea beast, a pair of desperate treasure hunters, and a wild chase to find long buried chests before a fearsome centuries old undead pirate can destroy the whole island. And he hasn’t even unpacked yet.