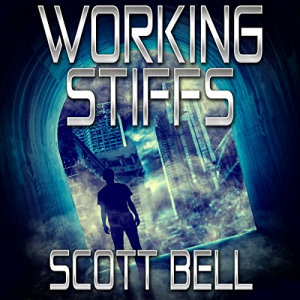 Joe Warren, an unemployed electrical engineer, has a terminally ill girlfriend and a bank account bumping rock bottom. Jobs are scarce in 2050, since nanotechnology has created the ability to animate the recently deceased, who are put to work performing menial labor at low wages. These Revivants have glutted the job market, leaving their living counterparts out in the cold.

Joe goes looking for a helping hand and mistakenly gets arrested with a group of freedom fighters. The only cause Joe wants to fight for is Joe, but federal agents coerce him into spying on the Children of Liberty.

When Joe reluctantly infiltrates the protest group, he finds something he never expected or wanted. Friends. And he discovers that maybe there are things in life worth fighting - and dying - for.