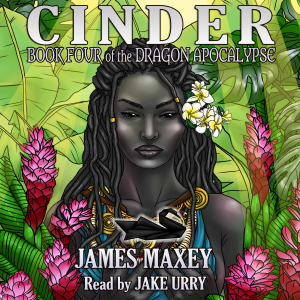 The stunning conclusion to the Dragon Apocalypse saga!

Cinder is the daughter of Infidel and Stagger, a child conceived in the land of the dead by a living mother and a phantom father. Now an adult, Cinder possesses the power to travel freely between the realms of the living and the dead. Due to her unique talent, she’s recruited by the ghost of Father Ver to journey to Hell to rescue Sorrow, Slate, and the Romers, friends of her mother who’ve become trapped in Hell after their escape from Limbo. But when the primal dragons turn their wrath against mankind, will there be a living world left to come home to?