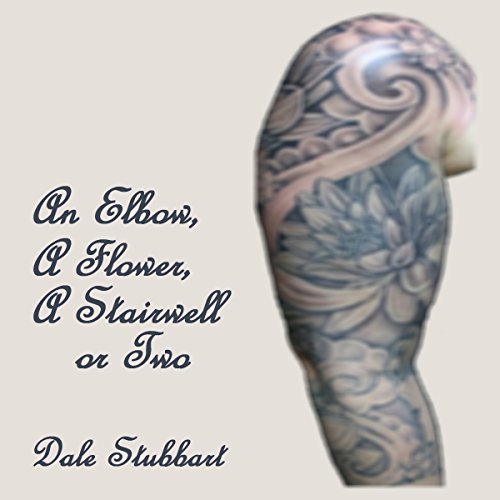 An Elbow, a Flower, a Stairwell or Two

From across the room, he noticed her elbow. Such an exquisite elbow. What fine lines. As he traced the curve of her elbow with his eyes, he noticed something stenciled there. At this distance, he should not have been able to tell that that something was a flower. But he could, so he gave up reasoning for reality. His eye started tracing the lines of the flower. He was only vaguely aware that the flower was drawn on a woman's elbow some 20 yards away.

Suddenly, his laptop got heavier, almost dragging him down. He thought that must have been due to all the data he had recently downloaded. Strange thought. The lines of the flower slowly, but surely, turned into a descending, spiraling staircase.

"What an interesting twist", he thought. And then his mind swirled out of control. His last thought was that he was falling....

Pink polka-dots were never so welcome! Hmmm, this stairwell traveling could come in handy, I wonder what other stairwells...You mean hells don't you, quit thinking that way!