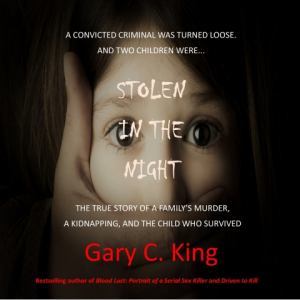 Stolen in the Night

Joseph Duncan had been convicted of raping and torturing a 14-year-old boy in Tacoma, Washington. On the Internet he proudly boasted of his perversions. But the system turned Duncan loose, and no one would stop him from committing an even more horrifying act.

This time he prepared meticulously. He chose his getaway car. He chose his murder weapon and loaded a video camera. Then, when he saw young Shasta and Dylan Groene playing outside their Idaho home, he struck - killing their mother and her boyfriend, and their older brother...and vanishing into the night with Shasta and Dylan.

Detectives pored over the bloody murder scene. The FBI scrambled to find the children and the abductor. And even when Duncan was finally located, the story was not yet over: Dylan was still missing...and the depth of one man's evil was still coming horribly to light.