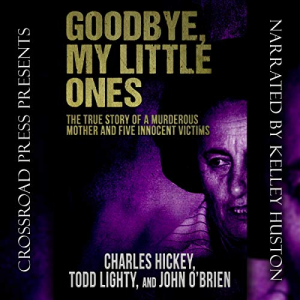 Goodbye, My Little Ones-The True Story of a Murderous Mother

The true story of a murderous mother and five innocent victims. Charles Hickey, Todd Lighty, and John O’Brien bring the story of a mother not fit for the title.

One man, however, did not except the diagnosis. District Attorney Bill Fitzpatrick set out to expose the truth about a crime hard to imagine. To do so meant convicting a woman who had won the hearts of all. And just proving a doctor who had climbed to the top of his field with the help of little corpses.

Brace yourself for a true story of motherhood, medicine, and murder you will remember every time you hear a baby crying.