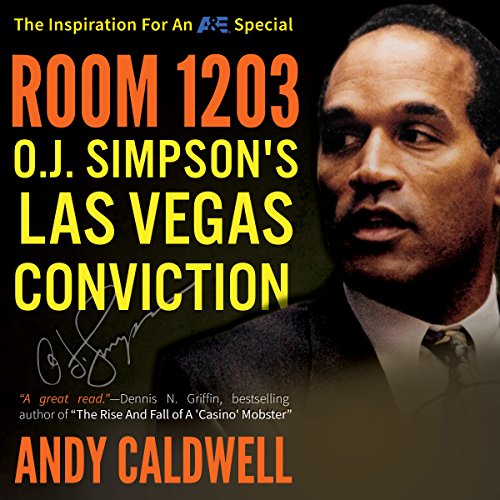 In 1995, NFL great and movie star O. J. Simpson beat a murder rap for the death of his wife, Nicole Brown Simpson, and her friend, Ron Goldman. But in 2007, his luck with avoiding Lady Justice ran out in Las Vegas.

Room 1203 is the true story of the convoluted and bizarre events surrounding a violent armed robbery of a sports memorabilia collector in a Vegas hotel. On that night, Simpson put an exclamation mark on his spectacular fall from the height of Hollywood's glamour and glitz to a shadowy world of scams and schemers in Sin City.

Written by the lead detective assigned to the case, the audiobook provides details, insights, and facts not previously reported, as well as the investigation that pieced the crime together and landed an arrogant man who believed he was above the law in a Nevada prison.