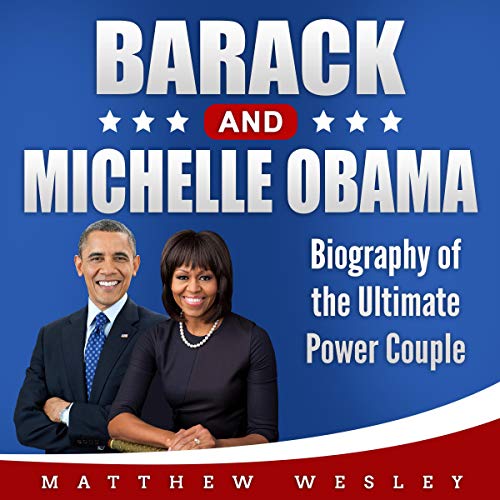 Barack and Michelle Obama: Biography of the Ultimate Power Couple

Barack and Michelle Obama. Two of the most influential and beloved people alive. Being the first African American president of the United States, and serving two full terms in office, the impact Barack and Michelle have had on America - and the world at large - will follow us long into the future.

Now, you’ll get a glimpse into the incredible lives of these two enormously influential people. From their humble beginnings and family origins to Barack’s first brush with politics, discover how their careers began, their school and college years, and the unsuspecting events which brought these two together.

Not only that, but containing a detailed account of Barack’s first 100 days in office, along with an overview of his political campaign and two terms, this book also reveals the ups and downs of his career, the scandal that rocked his early campaign, and how these things shaped him as a person. Packed with quotes from the couple themselves, this powerful biography delves deep into Barack and Michelle’s lives before and after the presidency, and is a testament to their achievements and the immeasurable impact they’ve had on the world.

From launching a presidential bid in the midst of the 2008 crash to how his message of hope and change resonated with millions, buy now to discover how this couple shaped America, and the legacy they left which will follow us for centuries.