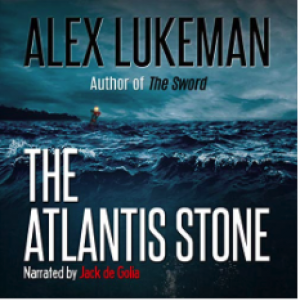 Book 12 of The Project: A photograph forgotten for 100 years holds the key to finding the legendary lost civilization of Atlantis and an ancient artifact of mysterious power. When a letter with the photograph and a faded map of Egypt shows up in the mail, the Project is launched into a search that takes them from the depths of the Atlantic to the sands of Egypt and places unseen for thousands of years.

Elizabeth Harker's Project team is caught up in a power struggle between two of Russia's vast intelligence services. As the trail to Atlantis emerges from the mists of the past, the team is stalked by agents of a man who will stop at nothing to gain another rung on the ladder of his ambition.

Whoever succeeds will gain knowledge to benefit the world or destroy it. The stakes don't get any higher.

Can the Project keep the secrets of Atlantis out of the wrong hands?