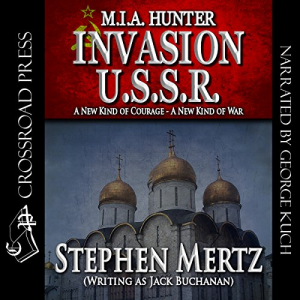 Missing: Lee Daniels, American journalist stationed in Moscow. The Soviets deny any involvement, but the US government knows better. There's only one way to get Daniels out of Russia: brute force. And ex-Green Beret Mark Stone is just the man for the job.

It's the mission of a lifetime with the ultimate enemy. From Moscow to Leningrad, the KGB's deadliest agents lay in waiting, weapons poised, ready to crush any rescue attempt in a bloodstorm of bullets.

But the Russians have a big surprise waiting for them. He's called....