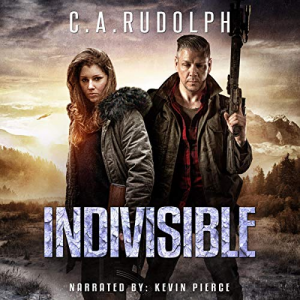 "“I’ve always thought you and I were indivisible, L. There’s nothing I wouldn’t do for you if I had the means. If some opposing force tried to keep us apart, I’d stop at nothing to find you and get back to you. I mean that.” (Alan Russell from Divided We Stand, the fourth book in What’s Left of My World Series)
Lauren Russell is a daughter fighting tenaciously for everything in which she believes, on an endless search for answers, for herself and the world that was taken from her...
Alan Russell, a husband and father tragically disconnected from everything he’s ever known, is in heartrending pursuit of his family and a life that left him behind.
Alan once told Lauren that he believed they were indivisible, for, they possessed a bond between them that was beyond compare.
An apocalyptic event that severed him from his family had proven him wrong. Left with no memory of them, returning to them is only half the battle.
In this blockbuster sixth installment of C.A. Rudolph’s captivating What’s Left of My World series, Alan and Lauren both find themselves miles away from home and even farther from each other.

Can two immovable objects be drawn together by an unstoppable force?

What will it take to finally reunite them?"