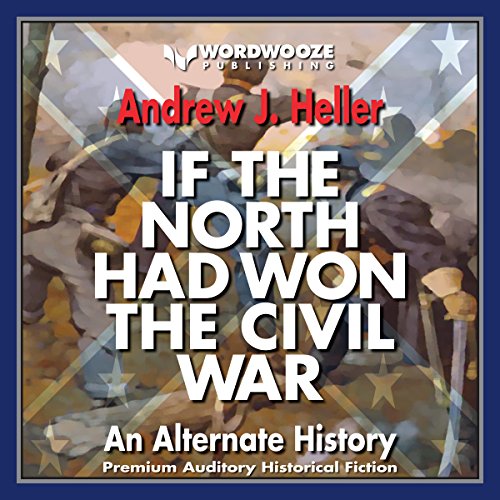 If the North Had Won the Civil War: An Alternate History

From the author of the best-selling alternate histories Gray Tide in the East and Tidal Effects comes a unique look at the American Civil War.

The story gives the listener a look at a nightmarish modern-day Confederacy where any person with a drop of black blood in his veins is denied basic human rights and confined to a "Preserve". Interwoven with the adventures of Jack, his fiancée, Annabelle Parkins, his friend and fellow history professor, Buzz Hanson, and Buzz's girlfriend, a biracial escort, Lydia Starkwell, is Jack's book.

This is an alternate history of the Civil War written with the painstaking historical authenticity and attention to detail that Mr. Heller's fans have come to expect. The characters in this book-within-an-audiobook are actual figures in the Civil War, and the military tactics and strategies are based on those of the historical war. The fiction is followed by a lively and informative factual discussion of the Civil War, and a bibliographic essay.