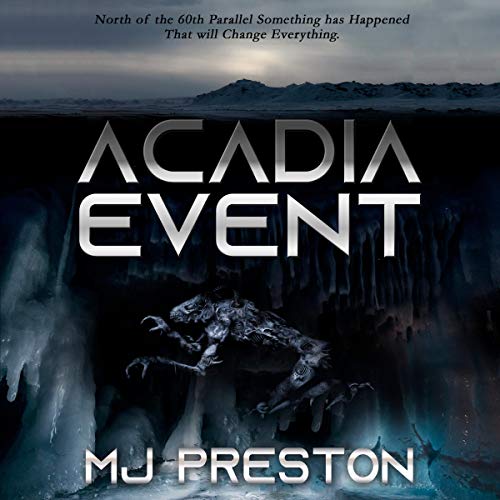 "MJ Preston creates an epic page-turner, with Canada’s frozen north as the setting and the Earth as the ultimate prize for whichever side wins the war." (Gregory L. Norris, screenwriter for Star Trek Voyager)

Marty Croft has it all. A beautiful wife, and a successful career as a commercial artist. That is, until his past comes back to haunt him.

Enter Gordon Shamus, the psychotic son of Marty’s former gangster boss. After Marty’s wife is kidnapped, he finds himself forced back into a world he left behind.

The job seems simple enough. Drive the world's longest ice road and retrieve a package of stolen diamonds. But what will become of Marty and his wife when the job is done? Will they be disposed of as potential witnesses?

In a twist of fate, the Acadia Diamond mine, located 200 kilometers below the Arctic circle, has found something buried in the ice. A portal not of this world, and it is about to be unlocked by unsuspecting scientists. Once opened, the creatures, known as Skentophyte, attack.

Overrun by thousands of mind-controlling aliens, what started out as heist becomes a war for survival. In an ensemble cast of characters, the Acadia mine has become the beachhead of an all-out invasion.

Detoured into a fight for survival, Marty finds himself in the company of men thrust into a mission to stop the invading force. Can they stop the creatures before they reach the city of Yellowknife? Will they survive against overwhelming odds? And what of Marty’s wife, Maggie? Will she become collateral damage if Marty can’t make it back in time to rescue her from the clutches of a maniac.