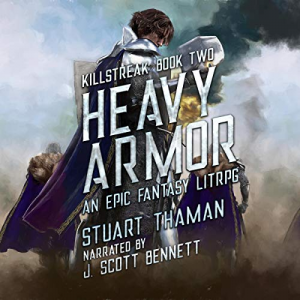 The Lord of Darkarrow has been forced to respawn, but things aren’t exactly as they should be.

Kadorax has unlocked a powerful new class that few in Agglor have ever heard of. As a Bastion of Chaos Incarnate, he has the potential to become stronger than anyone has ever been, but he’ll need to carve through an army of jackals just to survive.

Oscine City has all but fallen. The Blackened Blades and the Priorate Knights have banded together for the first time in history. All of Agglor’s most powerful forces have joined ranks to stave off the new threat from the north, and still…it may not be enough.