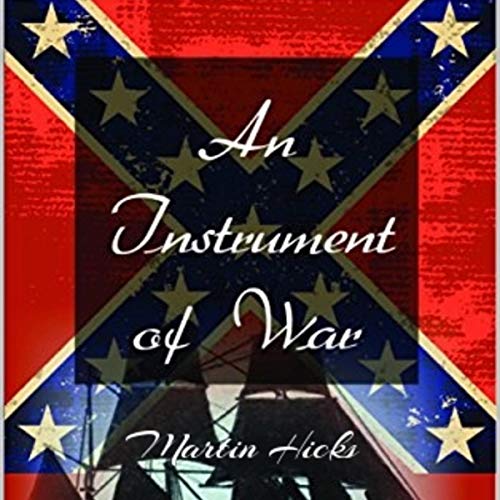 An Instrument of War

It is August 1863, and the Confederate Navy Cruiser Palmetto escapes from Charleston harbor to resume her career as a raider, hunting the shipping of the US. The succeeding months see her range the Atlantic Ocean before facing a wild passage of Cape Horn, as her Captain Thomas Grover steers his ship for the Orient, seeking evermore victims in his mission to cripple the overseas commerce of the enemy.

Martin Hicks lives in Fraserburgh in Aberdeenshire, Scotland, and began writing after a career in education. An Instrument of War, the sequel to Palmetto, is his 10th work, all of them set in the war of 1861-65. He is currently working on the third and final audiobook of the Palmetto series.