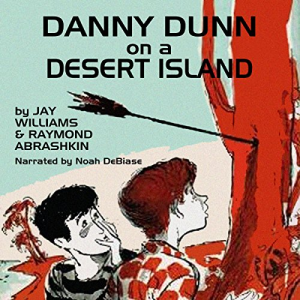 Danny Dunn on a Desert Island

"I challenge you to a duel of desert islands!" Dr. Grimes cries, when Professor Bulfinch accuses him of not being practical. Grimes plans to go ashore on an uninhabited desert island, and the professor on another. After a month they will see who has survived the best!

Danny and his best friend, Joe, soon get permission to join them, and the four take off in the scientists' plane. But when they crash-land in the ocean and are really marooned on an island off the coast of Peru, the four must survive and come up with a plan to be rescued, using only their scientific ingenuity!