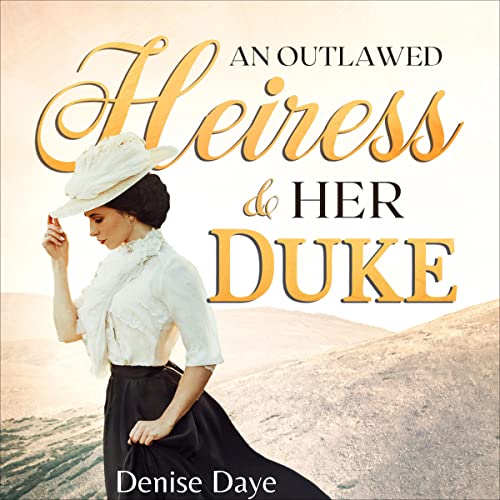 An Outlawed Heiress and Her Duke

An Outlawed Heiress & Her Duke is a spin-off of the Time Travel series and follows George Astley, Duke of Aberdeen, on his incredible adventures in the Wild West. Unlike book 1 and 2 in the series, no time travel happens in this book. It can be listened to as a standalone novel.

On the day her beloved father passes away, Esther Silverton, heiress to one of the most powerful fortunes in the nation, believed her broken heart of losing her last family member was the biggest challenge ahead of her. But with her trusted family lawyer vanishing in the Wild West and her father's devious business partner stopping at nothing to use his absence to claim the Silverton fortune for himself, Esther not only has to disappear in the streets of Victorian New York, but also must find a way to disguise herself.

Poor, starving, and posing as a man, fortune crosses her path with the most attractive English nobleman who has ever stepped foot on American grounds, the stunning George Astley, Duke of Aberdeen.

Fresh off the boat, and with his own family at the brink of ruin, George is set to make his way deep into the Wild West to save his investment in a controversial gold mine—at all costs.

George is at a loss. Why does he feel so attracted to this pretty-faced, cunning guide of his? Has he lost his mind? Or is there more to this boy whose intelligence, bravery, selflessness, and kindness seem to touch the deepest corners of his heart like nobody has ever done before....

Oblivious to the fact that the street-smart guide he hired in New York is actually a wanted heiress on her own mission, the two of them set out to not only face the dangers of the lawless American frontier, but also feelings of attraction, sparks, and maybe even love.