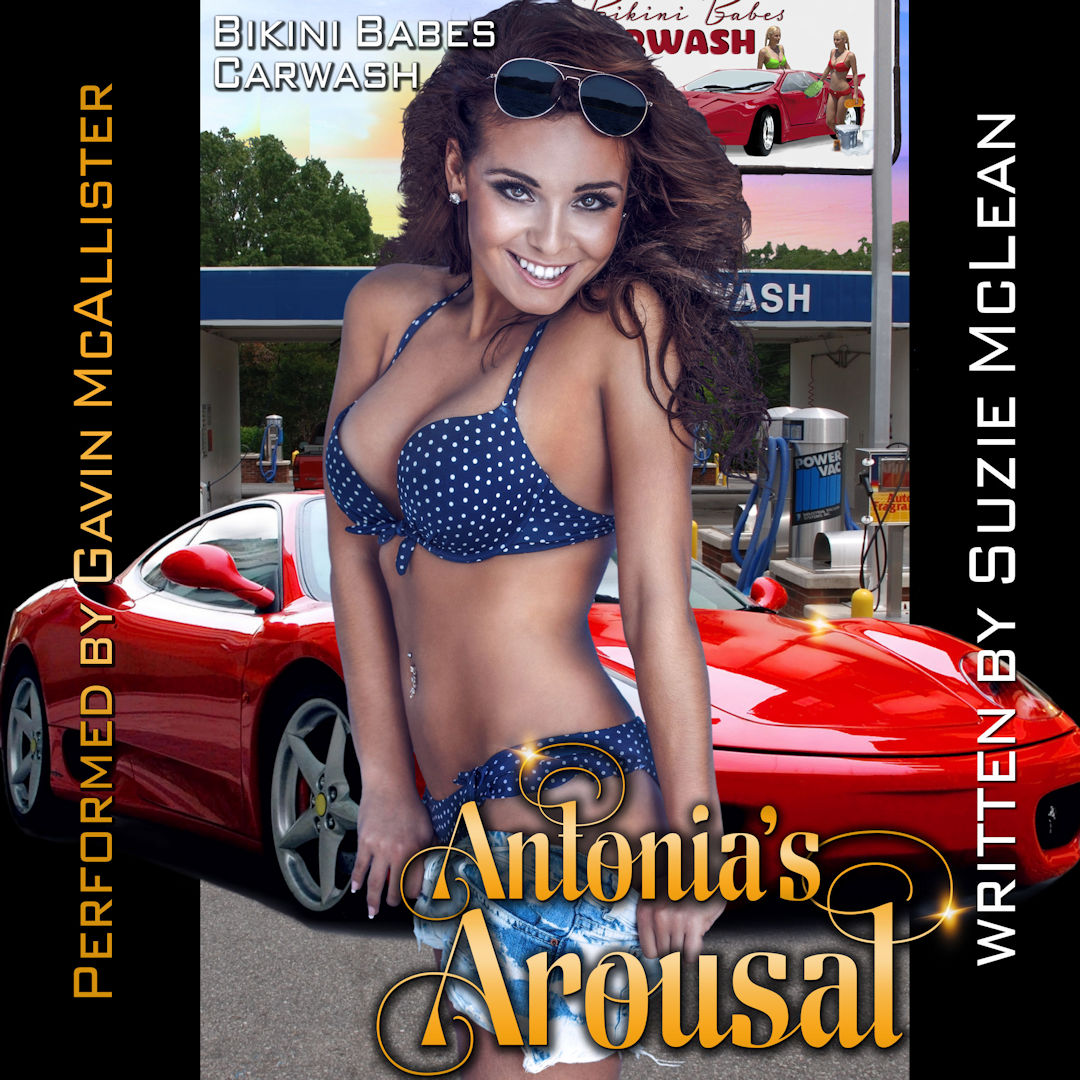 Toni has more worries on her plate than she cares to count. Their battered old carwash is in even worse shape than they thought. Phoebe has been alarmingly moody and withdrawn ever since she met their new landlord, Riley Thompson, to haggle out their lease agreement…

And the county’s new building inspector has showed up unexpectedly, and brought trouble with him. Now they might not be able to open their new business for several months!

Why does he keep coming back to pester her? If only he wasn’t so incredibly sexy, with a taste for homemade Italian cooking… and gorgeous Italian sorority girls!

“Toni!” Muriel rounded the corner at top speed…then rocked back on her heels and stared up at Jason in surprise. “Well, hello there, dark and handsome!”

“Hello, yourself!” Thompson had warned him that the BetaZeds were all lookers, but even so, Muriel’s exotic beauty was stunning. Those long slender legs, lush breasts, coppery skin that gleamed with healthy sweat, and enchanting elfin features packed an unexpected punch that he felt all the way into his gut.

“Muriel.” Toni’s crisp reply held a low note of warning that surprised even herself. “What’s wrong?”

“Not wrong…right! I think.” The Jamaican girl’s rich contralto voice suddenly faltered with doubt. “We found a plastic bag buried under the rubble, and there’s a whole bunch of money inside!”

“Don’t touch anything!” Jason yelled as she vanished around the far corner. “The police will want to dust everything for prints!”

“We know!” Another woman’s voice answered him. “Who the hell are you?”

He skidded to a stop, and found himself facing Muriel and five other women in a tight cluster. The tallest one’s raking glance was distinctly chilly.

“Jason Prescott,” he said, thrusting a hand in her direction. “County building inspector.”

She shook his hand reluctantly. “Nina Marshall,” she replied. “And these are my sorority sisters.”

He pumped each of their hands, and had a moment to appreciate the absurdity of behaving so formally when there was a black plastic sack filled with probably-stolen money lying at their feet. “Where did you find the bag?”

“Why?” The busty redhead—Phoebe, he thought—glared at him with definite hostility. “You’re not a cop.”

“Phoebe.” The petite Oriental girl laid a soothing hand on her arm. “He hasn’t done anything wrong.”

Jason wondered if he’d correctly heard just the slightest emphasis on the word ‘he.’

Phoebe flushed with embarrassment. “Sorry,” she muttered, scuffing one dirty sneaker on the oil-stained concrete. Then she slanted a rebellious glance at him. “We’re all hot and tired,” she added with a sugary-sweet smile that only emphasized her resentment. “We’ve been working hard here.”

Her sly implication, that he’d been sitting on his butt in a comfortable air-conditioned office while they’d been slaving away in the sultry heat, came through loud and clear. Briefly Jason wondered whether he should respond in kind. Then he decided that he liked Phoebe MacIntyre, despite her surly attitude. Or maybe, he thought with a quick ironic grin, because of it.

“Where did you find the bag, Nina?” Toni asked in a subdued voice.

“It was under here.” Bending, the taller girl pointed to a shallow depression in the solidly packed mound of garbage. “The ends were knotted tightly around an empty wine bottle, and it looked strange, so I tugged on it, and the entire bag came free.”

“I suggested opening it.” Selena spoke up, and hunkered protectively over the lumpy bag. “It never even occurred to us that anything valuable could be inside. But we’re trying to salvage recyclable cans and stuff while we clean it all up, so I figured it was worth checking.”

He could imagine the shocked looks on their faces when they’d untied the knot, expecting to find more disintegrating McDonalds wrappers…only to discover a hefty pile of cash!