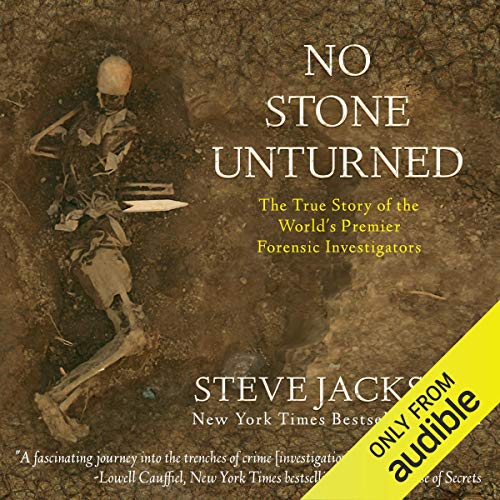 No Stone Unturned: The True Story of the World's Premier Forensic Investigators

No Stone Unturned recreates the genesis of NecroSearch International: a small, eclectic group of scientists and law enforcement personal, active and retired, who volunteer their services to help locate the clandestine graves of murder victims and recover the remains and evidence to assist with the apprehension and conviction of the killers. Known early on as "the pig people" because of their experiments in locating graves using the carcasses of pigs (due to their similarities to human bodies), NecroSearch has evolved and expanded into one of the most respected forensic investigation teams in the world.

In No Stone Unturned, New York Times best-selling author Steve Jackson, the author of Bogeyman and Monster, vividly tells the story of this incredible group and recounts some of their most memorable early cases that separately would make great true crime books. Following his participation in a NecroSearch expedition to Russia looking for the remains of a Russian noble in 2013, Jackson was made an honorary member of NecroSearch International in November 2014.