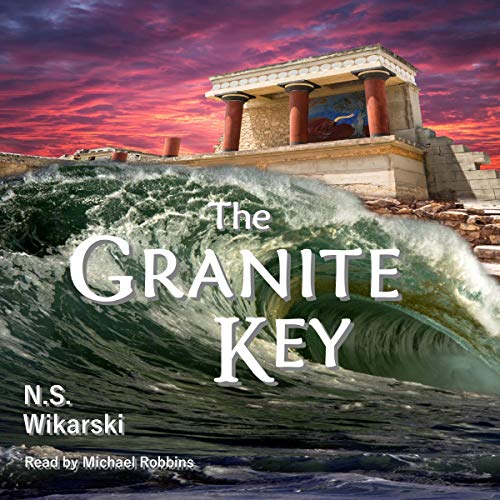 College freshman Cassie Forsythe wakes from a disturbing nightmare after seeing her sister being murdered by a man in a cowboy hat who demands something called "the key." Her dream morphs into frightening reality when her sister is found dead, exactly as her vision foretold.

In The Granite Key, an antique dealer is murdered for a mysterious cipher stone that reveals the location of a collection of ancient artifacts. The victim's sister Cassie is stunned when she learns about her sibling's double life as an Arkana agent. She's even more stunned to discover the role she's about to play in helping the Arkana recover the trove.

Along with two field agents, she travels to Crete to hunt for clues, unaware that ruthless Nephilim operatives are only steps behind. Will Cassie and her new team find what they seek before a Minoan crypt buries them along with their quest? The Granite Key holds all the answers.