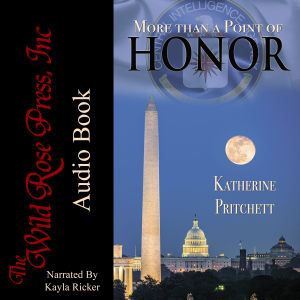 More Than a Point of Honor

When his wife dies in his arms during a terrorist attack, American diplomat Richard Matthews walks away from diplomacy, vowing to bring to justice the man responsible or her death.

His quest pits him against Robert Adler, the head of the CIA field operations.

As Richard gets closer to finding a witness to testify, Adler plants Terra McIntyre to serve as Richard's assistant.

But just like black market TNT, unpredictable and volatile, Terra could bring either man down.

Who is in more danger? Or is she a hazard to both.