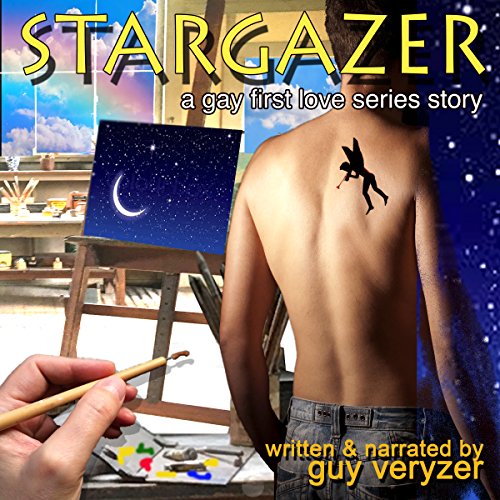 An eccentric painter in a a small New England village rescues a handsome young stranger who insists he has fallen from the stars. The young man inspires both the artist's art and his heart.

James: "I had only ever really loved three things; my sister Ann, my painting, and my privacy. I always thought that was enough; love, sex, and such seemed too confusing and messy - too disruptive.

"After my sister passed away, our large New England house was suddenly a lonely place, until the handsome younger stranger appeared out of the starry night. I had followed his mysterious flute playing into the old cemetery across the lane and discovered him battered and with a broken leg. Deliriously he claimed to have flown and fallen from the stars.

"I took Russell into my home to recover from his broken leg. I began to paint him and fall in love for the first time in my life. As weeks went by, I was frightened by my new emotions. I also found myself frightened and fascinated by the youth's belief he was an angel.

"Was he perhaps a bit mad? Would I have to send him away for help? Would I lose Rus before I had really found him?"