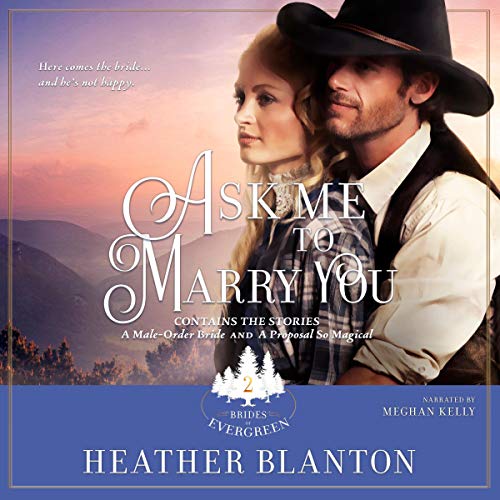 Ask Me to Marry You

Part I - "Male-Order Bride" - With her father’s passing, Audra Drysdale accepts she needs a man to save her ranch. A mail-order groom will keep her prideful men working and a neighboring rancher at bay. What could go wrong?

Part II - "A Proposal So Magical" - Evergreen’s sheriff, Dent Hernandez, has fallen in love and now actually has to do something about it or risk losing the woman he loves.

Once, the toughest lawman in the territory, Dent has been brought to his knees by love and he knows it’s time to ask Amy to marry him. He has to make the proposal in a truly magical and courageous way. A handsome ghost from her past, though, has designs of his own on Amy.

Hunting outlaws was never this hard....