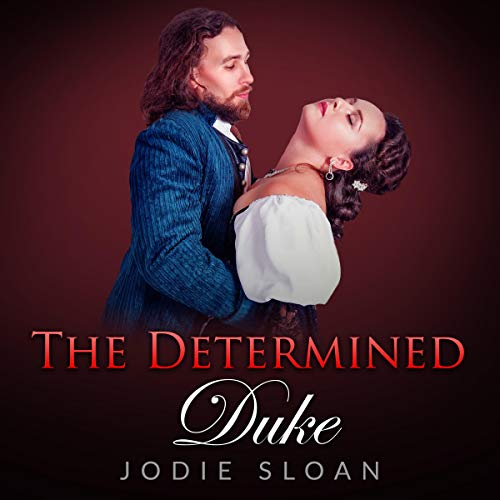 Adriana Cunningham has been hiding a secret for years - one that’s not even her own. Her brother, George, Earl of Danvers, is illiterate. The letters become jumbled for him, and because of this, she’s had to step up and essentially run their holdings from the shadows. To the world, she has gained a reputation as beautiful, simpering Miss Cunningham - too snooty to accept any proposal offered to her, which has led the men of ton on a merry chase trying to be the one that she accepts. But in the dark, she is Adriana, Mistress of the Danvers estate. She knows she can’t accept any proposals because to do so would take her away from her brother and his responsibilities.

Treyson, Duke of Lowe, is irritated that his brother, Henry, has made it his mission in life to get the beautiful Miss Cunningham to accept his proposal. After hothouse flowers, a serenade, and many love letters, Henry has been rejected too many times to count. And Trey can’t have that - it’s ruining his family’s reputation. So, he pays a visit to the illustrious, mysterious Miss Cunningham. She’s feisty, irritated, and he sees right through her masquerade of being a doe-eyed miss. He’s becomes determined to play her at her own game - seduce her and then refuse to commit, restoring their family’s name.

But Adriana is so much smarter than he’d predicted. They go round and round, exchanging glances, touches, and innuendos until one of them loses control and they fall under each other’s spell. But it’s a night that can’t be repeated...until it is. But why won’t Adriana return Trey’s promise to do right by her? What isn’t she telling him? And could Trey possibly have fallen for the one woman he’s promised never to have real feelings toward?