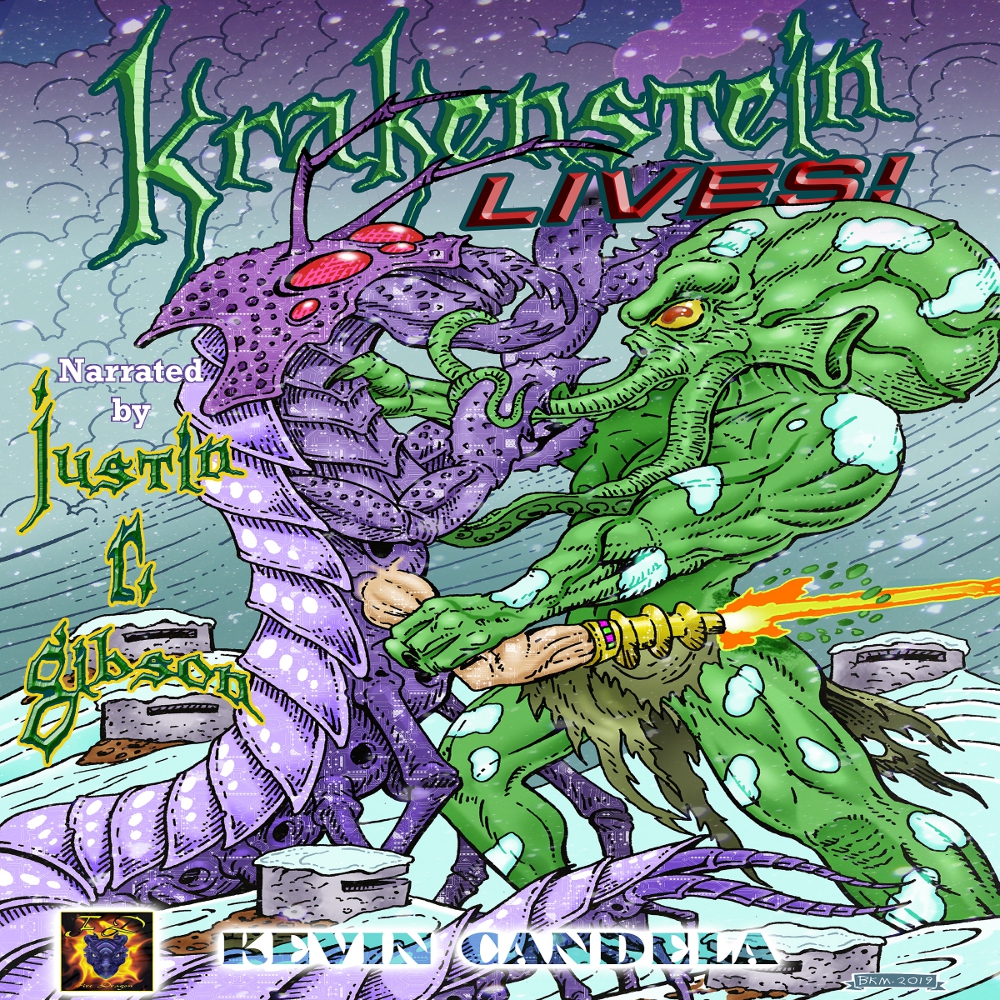 The Big Squidheaded Guy Who's Not Cthulhu is back--and this time, it's really, really personal because the monster who's out to destroy him is his own brother! Twenty years after Krakenstein and Magenti saved humanity from itself, the giant monster battles are still going on. Towering "bug lady" Magenti may have disappeared of late, but Krakey is still patrolling the world. Tailed by the Moray 2 stealth sub, which is captained by none other than longtime Krakenstein "human friend" Shea Sanders, the titan isn't able to stop the latest problem by himself: Nefarious Evostar and its mysterious leader Delta have kidnapped Dr. Palmer Xane, a cutting edge nanotech scientist, along with over a dozen of his brilliant disciples. And they've also sprung Ult Shepperton, career confidence man, from prison to guide their nanobot titan, a "cloud" of trillions of nanos that can assume any form Ult wants--and Ult is looking for whatever it takes to end his nerdy do-gooder giant monster sibling, because a yearly festival in the former Max Shepperton's honor featuring hippie girls wearing that tentacled mug on T-shirts have pushed him over the edge. First in a brand new trilogy of Krakenstein adventures, this and the next two shift focus people-wise by adding three new characters front and center: Nestor "Shag" Lander, a sharp-tongued and more than capable soldier of fortune; Rhone Ferris, star of her own "world mysteries investigation" TV series; and young Jona Sanders, Shea's daughter by Moray captain Bryn Harker...who was lost in the pivotal battle for Wasp Island. Shag, Rhone and Jona are gonna have to jump right in deep, as they've been tasked with rescuing the abducted scientist-engineers from Evostar's heavily fortified and defended private island in the Aleutians. All the thrills, chills and fun of the Krakenstein Chronicles - Krakenstein vs. Koalatron, Revenge of Krakenstein and Bride of Krakenstein - return in yet another wild ride into a reality filled with noble scientists, ruthlessly ambitious billionaires, cutting edge tech...and all-American daikaiju!