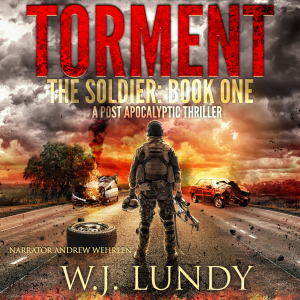 From the author of Whiskey Tango Foxtrot and the Invasion trilogy.

From the War on Terror, a world crippling bioweapon is released. The US scrambles teams of scientists from the Centers for Disease Control. America's top field agents are tasked with collecting samples and developing a cure. In a national laboratory, scientists race against the clock searching for a cure. Borders are closed, martial law and soldiers deployed across the homeland.

Thus begins the greatest outbreak in the history of humankind; a disease so deadly it pushes humanity to the brink of extinction. Entire populations and regions of the US quickly wiped out, millions falling victim to the primal virus. In the wake of the fast-spreading pandemic, state and local governments, desperate for answers, rush to provide relief to the devastated and overwhelmed communities. Experts in biomedical research are desperately summoned to Atlanta and military facilities across the country.

On a cold morning, the men of India Company, Second Platoon, are alerted and rapid-deployed to Virginia. Their mission: to recover and escort experts in biomedicine, specifically in the development and production of vaccines. With faulty intelligence and half-truths, Second Platoon moves forward. What they find is worse than anyone could have predicted. What was a rescue mission turns into a struggle for their own survival.