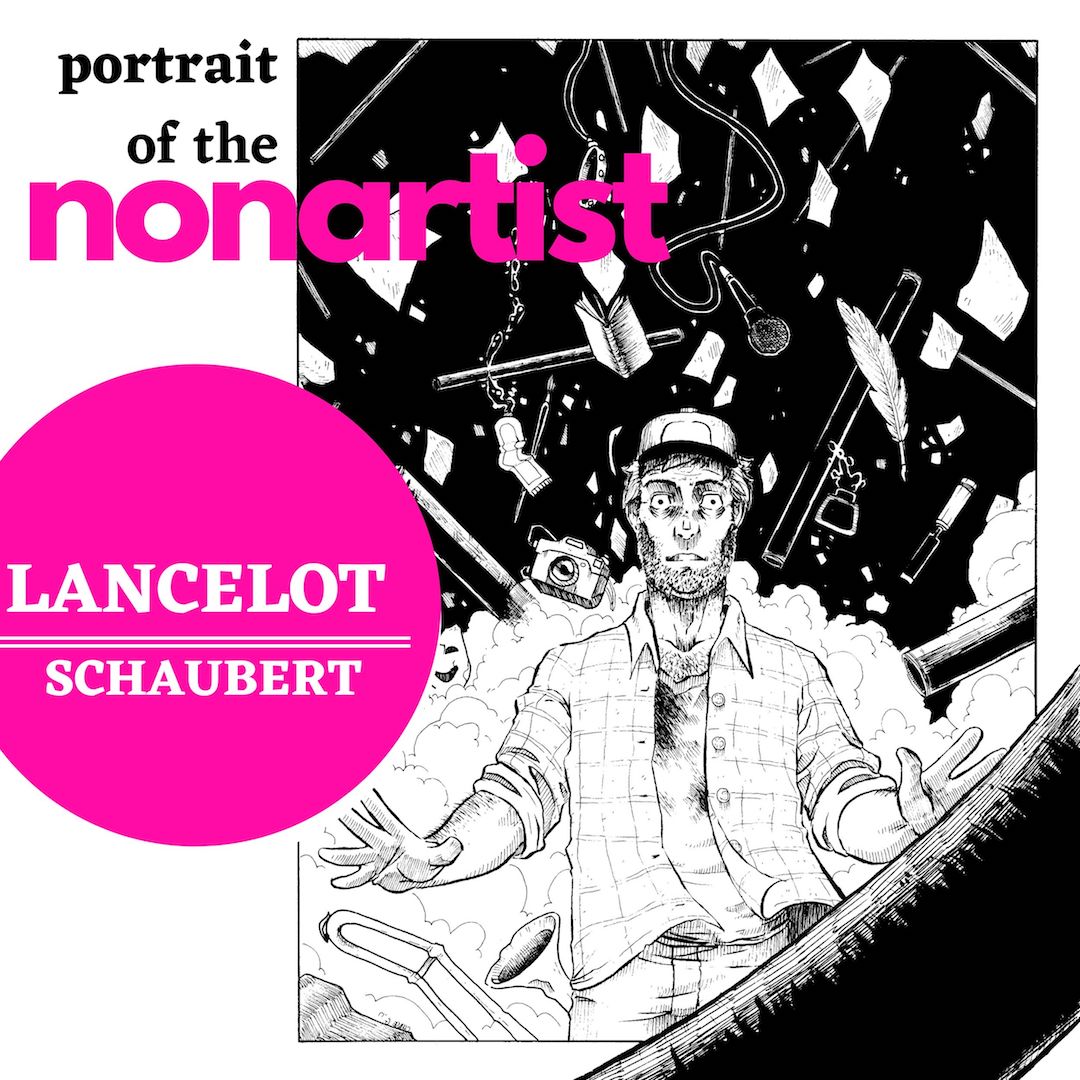 Mom and dad wanted him to write the next great American novel, so he had a typewriter gathering dust in a closet. They wanted him to compose a symphony that would get him to Julliard or at least U of I, so the piano sat in the basement (alongside the money pit trombone) until its keys stuck. They wanted him to DJ the local radio and work his way up to NBC or even the Tonight Show as a comedian if he did enough stand-up. They focused on so many routes to his future fortune (which would be theirs as well) and future fame (the source of their future fortune) that he ended up rebelling his way into mediocrity. In telling him he could do anything, they told him he was good for nothing but their own pleasure, their own wealth, their own celebrity, their own power.

But he could drive a truck, by God. Wasn't that worth giving your life to? Blood and all?

“Schaubert’s words have an immediacy, a potency, an intimacy that grab the reader by the collar and say ‘Listen, this is important!’ Probing the bones and gristle of humanity, his subjects challenge, but also offer insights into redemption if only we will stop and pay attention.”

“Loved this story because Lance wrote about people who don't get written about enough and he did it with humor, compassion, and heart.”

— Brian Slatterly, author of Lost Everything and editor of The New Haven Review

“I’m such a fan of Lance Schaubert's work. His unique view of things and his life-wisdom enriches all he does. We're lucky to count him among our contributors.”

— Therese Walsh, author of The Moon Sisters and Editorial Director of Writer Unboxed

"Lancelot Schaubert exhibits his talents in many forms from poetic verse to lyrical prose to musical compositions, all the while infusing them with charisma, passion, and wit. A true creative, Schaubert is one to watch in the literary world."

“Lance Schaubert writes with conviction but without the cliché and bluster of the propaganda that is so common in this age of blogs and tweets. Here is a real practitioner of the craft who has the patience to pay attention. May his tribe increase!”

— Jonathan Wilson Hartgrove, author of Common Prayer and The Awakening of Hope

“Lancelot was the kind of student every writing teacher hopes to have in her class: attentive, thoughtful, a bit quirky, and innovative. Since his time in my classroom, he has continued to impress me. He ‘sees,’ and his essays, poetry, and fiction are full of details that enable his audience to see. Bravo, Lance.”

— Jackina Stark, author of Things Worth Remembering and Tender Grace

“[He writes] characters with distinctive personalities, multi-layered, and unpredictable. [They have] natural voices, succinct and unique to each character.”

"Schaubert's narratives are emotionally stirring with both a vulnerable sensibility and rawness to them. They take you on a journey full of open wounds, intimate successes and personal delights. His words have a calmness, a natural ease but the meaning is always commanding and dynamic."