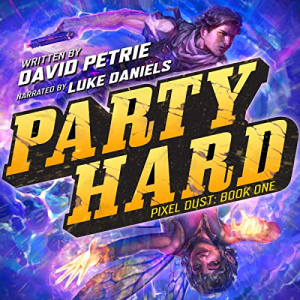 A story of friendship, video games, and epic badassery.
Before the online game Carpe Noctem hit the market, the average person wasted a third of their life sleeping. Now, instead of lying in bed dreaming about showing up late to class in their underwear, players step into a breathtaking world of fantasy and adventure. For most users, this is a dream come true. For players like MaxDamage24 and his sidekick Kirabell, it is about to become something else.
After being fired, one of Noctem’s creators sets into motion a plan to bring the system crashing down. To stop the collapse, Max and Kira will have to gather their most trusted friends and embark on a quest that will push them to their absolute limits. Together they’ll face creepy dungeons, impossible bosses, and their own nightmares, all while doing their best to stay alive. With a mission this big, none of them will be the same after. The real question is…how much will they be forced to change?
Only one thing is certain - if they want to survive, they’re gonna have to Party Hard.
©2018 Mountaindale Press (P)2019 David Petrie