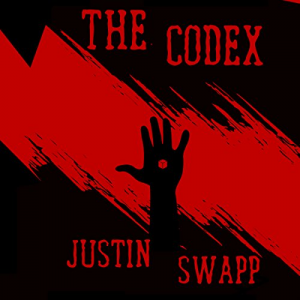 Welcome to The Codex - Omnibus edition.

This special edition includes the epic origin story, Failed Crusade, that inspired five volumes of demon hunting across the multiverse (and multiple genres.) This fantasy story has an amazing twist ending.

The original Codex stories appeared in The Crimson Pact anthologies as The Transition and The Merging. These stories are connected to each other, and to Failed Crusade at their roots, but occur many years later. They follow an unsuspecting foreign exchange student named Sloan Boyle. A seemingly innocent interaction with a stranger in a Spanish Cafe leads to a dangerous series of events, and a weighty discovery that threatens everything Sloan ever knew about this world and his role in it.

Club PK2 is written in the same Codex universe as the other stories but is a separate adventure with distinct characters. The voice is reminiscent of Supernatural. It follows a hardened cop named Tray sent undercover on special assignment to expose a dangerous underground fight club. The cop discovers much more than a bunch of thugs trying to make a buck, and he learns something about The Codex, and the demon's master plan in the process.

The Codex ended up playing a pivotal role in the final story, Sealed with Fire. This epic final battle between The Crimson Pact and the demons pays tribute to the best stories and characters in the series. As you finish listening to this omnibus edition, I hope you'll be interested in learning how The Codex impacted the final fight. If that's the case, you'll want to pick up The Crimson Pact, volume five.