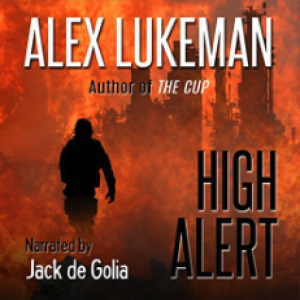 Book 14 of The Project series: When an American missile submarine is sunk in the Sea of Japan, it's the opening move in a madman's plan to plunge the world into war. A day later, the Chinese ambassador to Washington is assassinated. Meanwhile, the unstable leader of North Korea prepares to attack America with a terrible weapon.

The US President calls in the Project, a deep black ops unit that goes places and does things others can't or won't do. They've had tough assignments before: but this time they're up against an unknown enemy, a man bent on vengeance against all of humanity. He won't rest until the world is turned into a radioactive hell...and when it comes to the Project, it's personal.

Can the Project team find him before he unleashes nuclear armageddon?