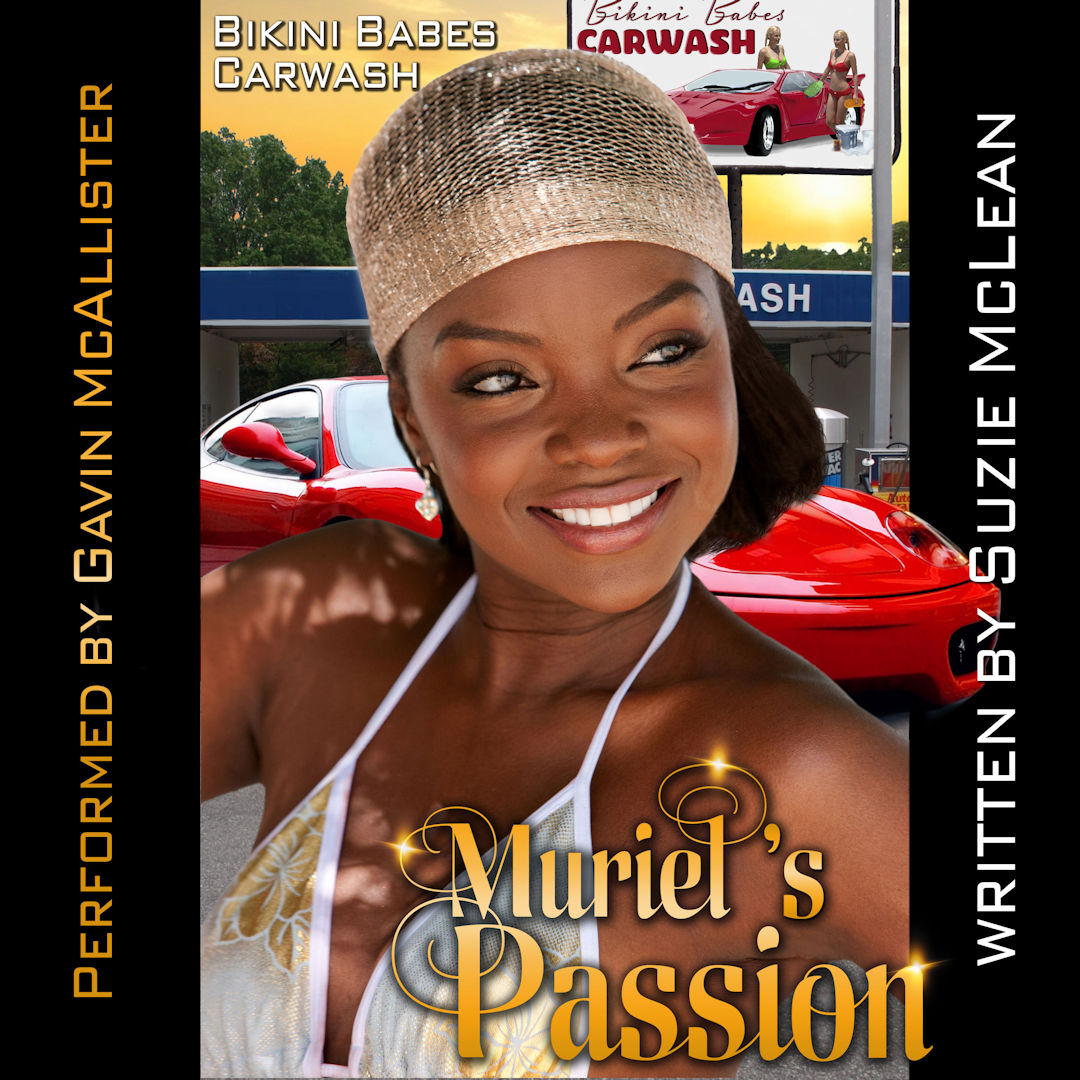 Work on the battered old carwash the BetaZed sorority girls leased is going well—and for Muriel, the pleasure of working alongside her lifelong mentor is an extra thrill. But the rugged day laborer who’s joined their small crew seems disturbingly familiar. Even though she aches to feel his clever hands gliding all over her body, something about him is making her keen senses hum with alarm. Who is he…and why is he lurking around their sorority house every night?

Ben was fiddling with a well-worn pair of tinsnips, trying to find a comfortable grip through the heavy gloves he was wearing. Muriel watched in silence as he began to trim sharp edges off the heavy wire mesh. She could have done it in half the time; why hadn’t Reid told him to stir the wet stucco, and let her do the more intricate work?

He was definitely an odd sort for a day laborer. Most of them were a sorry lot—scrawny, underfed, and usually looking like they were a half-step away from being homeless. Many of them probably were, she suspected, since jobs were so hard to find nowadays.

In contrast, Ben was strong, solidly built, and—under that coating of hard-earned grime—clean-cut enough to pass for a Boy Scout. It made her wonder why he hadn’t bothered to shave that morning.

And why did he look so eerily familiar? She was sure that she’d seen his distinctive face somewhere before!

His low rumbling voice was drowned out by the distinctive crunch of tires on gravel. Muriel glanced over just as a familiar pickup truck turned into the carwash lot, and an eager grin curved her lips. “Morning, Ashe!” she yelled, waving one hand in greeting.

Her older brother tossed her a cheery salute before parking the truck a few yards away, and energetically vaulting out. “Hey, MacGyver!” he boomed, clapping Reid on the shoulder. “Gimme a hand? Santa Claus just made a special delivery on the other side of town, and asked me to bring over the first load in person.”

Ben helped Reid peel back a dusty weatherstained tarp, and then they all gaped over the stacks and stacks of faded red bricks piled neatly beneath it. “There are three more loads just like this one,” Ashe boasted, “plus a whole bunch of old wiring and pipes that they salvaged. We just gotta go over and get it all hauled it away before sundown.”

Pandemonium reigned as everyone tried to scramble into the pickup at once.

“Hang on, hang on!” Reid had to shout to be heard above the excited chatter. “There’s too many of us all at once, and someone’s gonna get hurt.

“Muriel, you finish patching that section of wall. Phoebe, you stir the mix until Muriel needs it, so that it doesn’t harden. And the rest of you, get back to cleaning the third bay. If you hustle, you can be done by noon.

“Ben, you and I will set up an assembly line. Ashe can hand us the bricks, and we’ll pile them neatly back there.” He pointed toward the far end of the first bay, where they’d been working all morning.

“Ben?” Ashe’s surprised voice made Muriel stop and glance curiously over her shoulder. “It really is you under all that dirt!”

Were her eyes playing tricks on her, or did Ben rapidly shake his head, as if he didn’t want to be recognized?

Then he stepped forward with an easy laugh, and reached up to clap Ashe on the shoulder—and she wondered if she’d imagined it.

No, she must have been wrong. There was absolutely nothing furtive about his cheerful greeting as he began energetically reaching for bricks. The sun must have gotten in her eyes at exactly the wrong moment.

So why did she feel so uneasy as she slowly turned back to her own work?