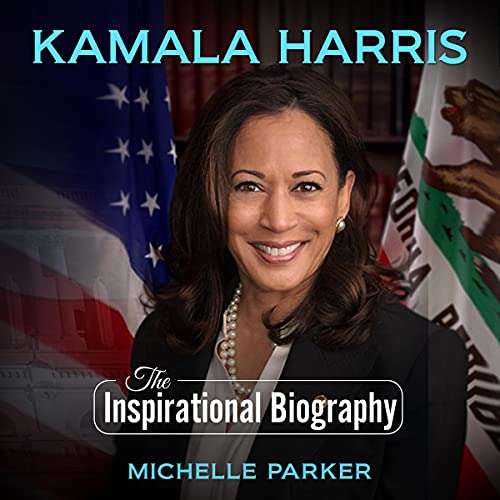 The captivating biography of the first female vice president of the United States, who overcame racism and hardship to solidify her position in the annals of history.

In unprecedented and turbulent times, the future of a nation could be uncertain. In the midst of a global pandemic and civil unrest sparked by police brutality, historical strides in American leadership were being made. Kamala Harris was the first female, first African-American, and the first Asian-American vice president all at once. Her diligent work helped her quickly rise through the ranks in law, and her dedication to progress led her to be chosen as Joe Biden’s running mate in the 2020 elections. Kamala Harris: The Inspirational Biography details the compelling life of a leader who experienced several historical events before making history herself.

A mixed-race child of two immigrant parents who would one day divorce, Kamala Harris was no stranger to hardship. Enduring racism even as a young child, she participated in the civil rights movement as she attended school during the desegregation act. During a long career in law, Kamala Harris was a champion of the people and stood up for herself and what she believed to be right. Now, as newly elected vice president, her legacy has only just begun.