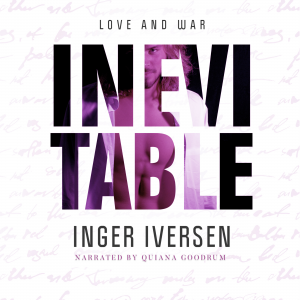 Ex-marine and former combat trainer Trent Reed has been shot and placed in war zones behind enemy lines for most of his Marine Corps career. But when his best friend, Logan, calls in a favor, he is faced with one of the hardest decisions of his life - to be or not to be the best man in his wedding.

His turbulent past with races other than his own have him at odds with Logan's new African American fiancée, Katie. When Trent accepts the position against his better judgment, it's done with a heavy heart and the understanding that his friend is soon to be out of his life - for good.

Teal Lofton is finally warming up to Logan, her best friend's fiancé and an ex-convict. As maid of honor in Katie's wedding, she will have to put up with budget issues, mind-numbing tasks, juggling the bride's secret pregnancy, and, worst of all, dealing with Logan's jerk of a best friend and best man.

When shit hits the fan during the groom's dinner and Trent disappears with the wedding rings in tow, Teal flips her lid and chases after him into the worst snowstorm of the decade. A serious accident sets Trent and Teal on an inevitable course of self-discovery and passion like they've never experienced before.