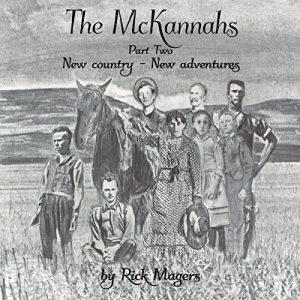 ~ Fire on the Mountain ~ By noon, the day after Jesse killed the redheaded thief, he knew changes in his plans were necessary. Towing the canoe full of pelts behind his canoe, he faced an almost impossible task. By tossing his pelts, Jesse was able to save a small band of Flathead Indians, only moments before the forest fire roared down upon the area where they had been standing. It changed his life forever. He had found The People, and would live with the Flathead Indians for many years. Losing the love of his life, forces Jesse back into the high mountains. Alone again, he traps beaver, and tries to forget her. Another thief seals his own fate when he kills Jesse’s beloved horse, and almost kills him. An enemy from his past causes Jesse to be jailed in San Francisco. Mexicans in California have been helped many times by The McKannah family, and seeing Jesse unjustly jailed, the Mexican community take it upon themselves to carry the news to his brothers, Patrick, Broderick, Simon, and Ian. They drop everything, and from different areas of the west, the four brothers head toward San Francisco. Arriving, they find an army waiting to help them.