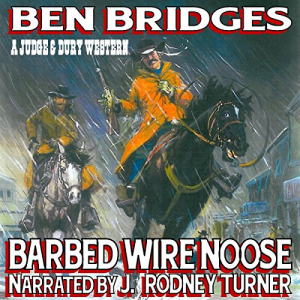 Tim Dennison died a slow, agonizing death, but because he was a sheep man in a valley that was controlled by two powerful cattle-barons, no one cared if his killers got away with murder. But the veteran town-tamer, Sam Judge, and his gun-swift young partner, Matt Dury, did care. And when they tangled with a bunch of masked gunmen in a shooting spree that left another two men dead, it became kind of personal. However, Dennison’s death was just the tip of the iceberg. Beneath the surface, the Tabosa Valley Sheep War was a power-keg just waiting to blow.