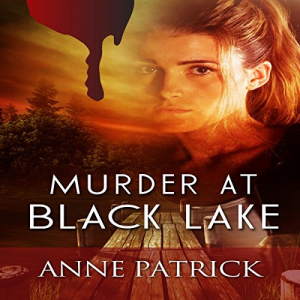 Film actress Jamie Riedel was barely a teenager when, while on a camping trip, she witnessed the brutal murder of her father. Fourteen years later, Jamie returns to Jackson Ridge to settle up the estate of her estranged mother. Soon after her arrival, a note appears on her door: "I saw you in the woods today." Now Jamie is questioning if the right man was sent to prison for her father's murder.

Helping her to answer that question is childhood friend, Deputy Chief Gage Hansen. He's more than willing to find the truth that will finally bring Jamie peace in her life, but at what cost? A nasty divorce from his cheating wife has made Gage gun-shy when it comes to relationships, especially with beautiful women who use their feminine wiles to get what they want in life. His defenses start to crumble once he learns that most of the stories he's read about the starlet are lies, and that Jamie is basically the same girl he had a secret crush on when they were best friends. They live in two separate worlds, though, and Gage knows he could never fit into her celebrity lifestyle. When it becomes apparent that someone in Jackson Ridge will go to any lengths to get rid of Jamie, the pair risks everything to solve the 14-year mystery that's haunted the town.