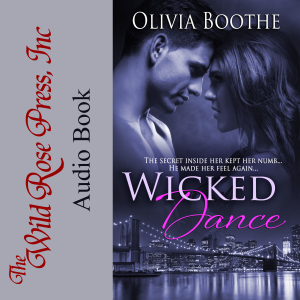 Former dance student Sara Hart had aspired to grace the stage on Broadway, but a reckless decision forced her to renounce that dream. Years later, while struggling with an unsatisfying job and an even more unsatisfying love life, she literally stumbles upon a dangerously sexy stranger who sends her heart - and her body - into hyper-drive. His touch makes her feel alive again and sparks a desire to rebuild her dance career. But Sara is still haunted by the demons of her past. One dark lie could cost her everything.

Real estate mogul Tom Wright caters to the rich and famous. He lives the life of the perfect bachelor, partying hard, and dating the most beautiful women in Manhattan. But he has one golden rule - no commitments. Ever. Then he meets sexy Sara Hart, and something about her makes him want to throw the damn rule book out the window. Every time she’s near, the blood in his veins pulses with a raging fire he can’t contain. But Tom’s shadowed history is resurfacing, unearthing ghosts he’d rather remain buried.

Will this wicked dance be their last?